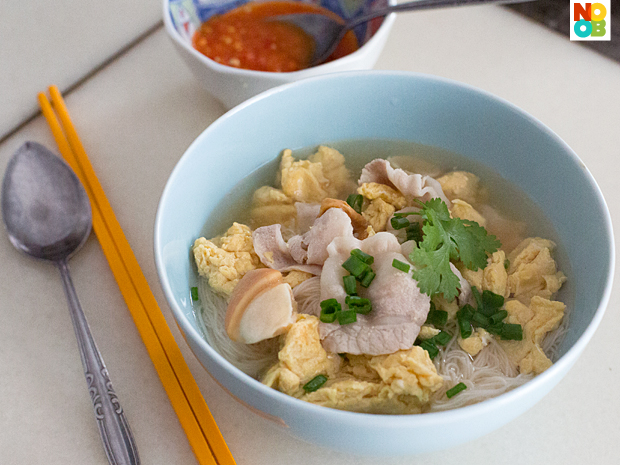 Living nearby my mum definitely has its perks. This recipe was a result of sneaking over to her place during lunch time. This simple homely dish was something I took for granted in the past and now miss terribly (she stopped cooking for several years and only resumed last year). My mum used to whip up this simple one-dish meal of egg mee sua soup (鸡蛋面线汤) when I was in the pm session in secondary school. She cooked this whenever the kitchen is low in fresh food supplies, and/or when she need to cook in a jiffy. 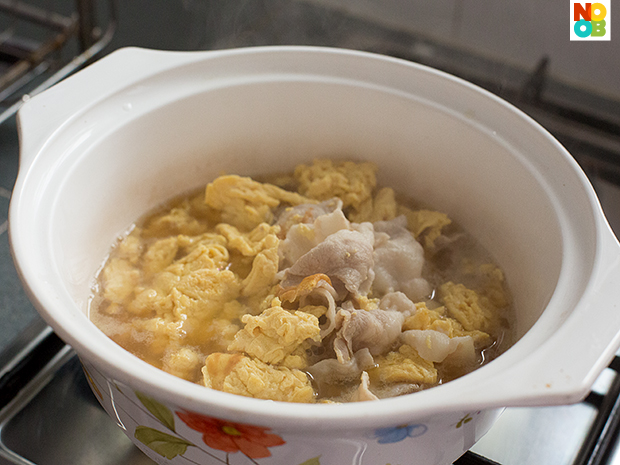 The basic ingredients are just mee sua (seasoned with sesame oil) and egg. For the soup, it is just plain water and soy sauce. Since I have not eaten this for a long time, my mum insisted to add the pork shabu-shabu and pacific clams as a sumptuous treat for me. But trust me, the basic egg and mee sua bowl is what I grew up on, and that is delicious too!

Even though this recipe is simple, my mum is very skilled in cooking the egg. Take care not to cook the egg too dry. Check out these step-by-step photos for cooking the egg: 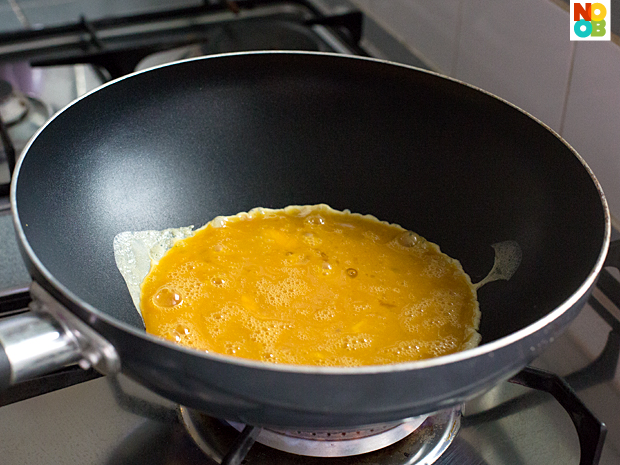 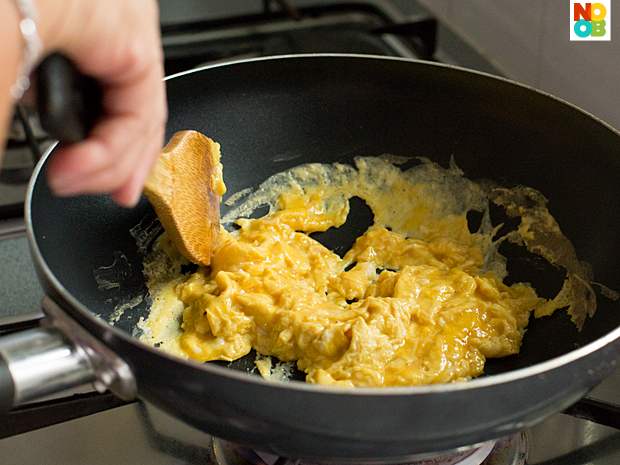 When add is semi-set, use a spatula to scramble the eggs and cut them to large chunks. 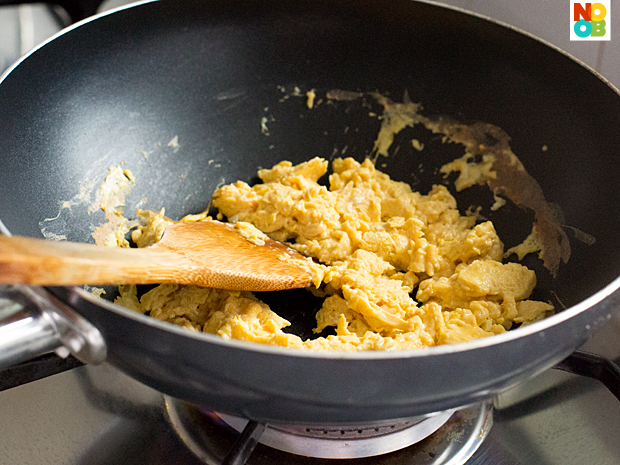 Cook the egg until they are just set and still moist. 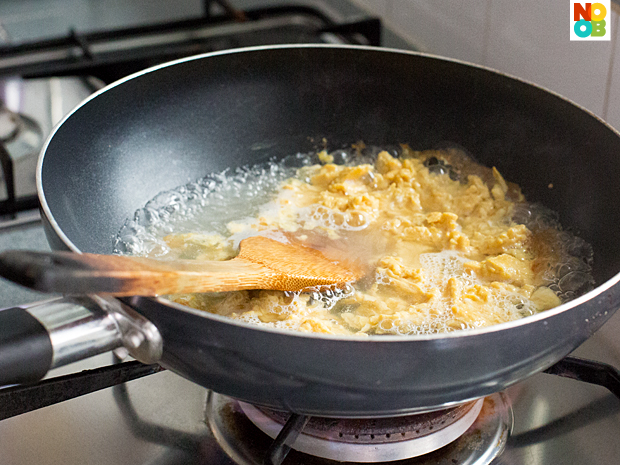 Add water and season the soup to taste with light soy sauce. Ladle the hot soup over cooked mee sua.

You can also add ‘liao’ such as shabu shabu pork and pacific clams for a more sumptuous bowl – but trust me, even the basic egg mee sua is deliciousssss!