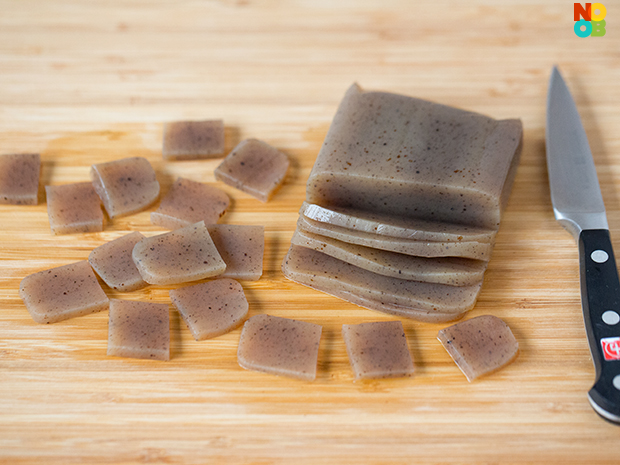 In Japanese cuisine,  konnyaku (蒟蒻/菎蒻; こんにゃく), konjac or devil’s tongue is often used in dishes such as oden and tonjiru (pork miso soup). It is made from konjac (elephant) yam (not the common yam we know). 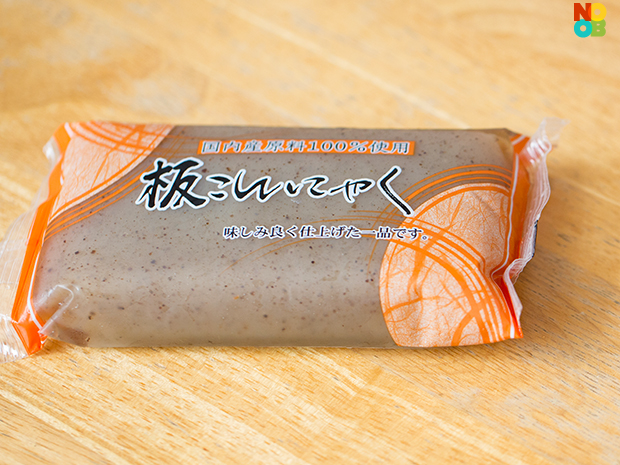 It is usually mottled grey (sometimes white) with a firm, gelatin texture. Although somewhat tasteless, it absorbs the flavour of the soup/stew well. Its noodle-counterpart is called shirataki (白滝/しらたき) or ito konnyaku (糸蒟蒻) and typically used in sukiyaki. 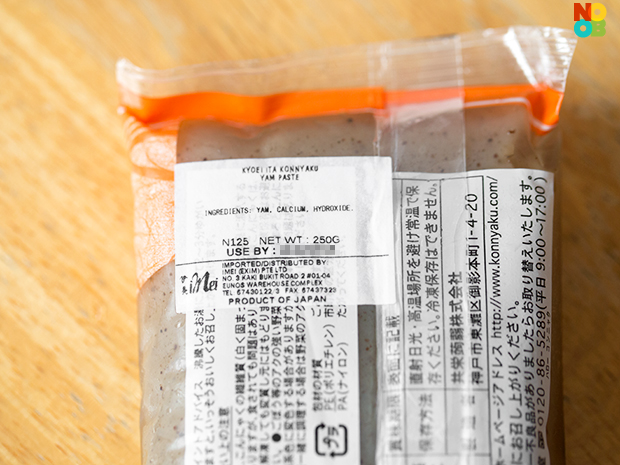 Konnyaku is popular as a “diet food” as it has almost no calories or carbohydrates, while being very high in fiber and filling at the same time. The composition is roughly 97% water with 3% glucomannan (non-soluble fiber).  My fridge is now never without it ;)

To get rid of the strange odour (if it bothers you), the block is usually being blanched, or par-boiled for about 10 minutes, before being added to the casserole.

In Singapore, you can buy this at Japanese supermarkets (chiller section): Meidi-Ya, Isetan Scotts, Sakuraya or Cold Storages (selected).

Get all recipes tagged with this ingredient.