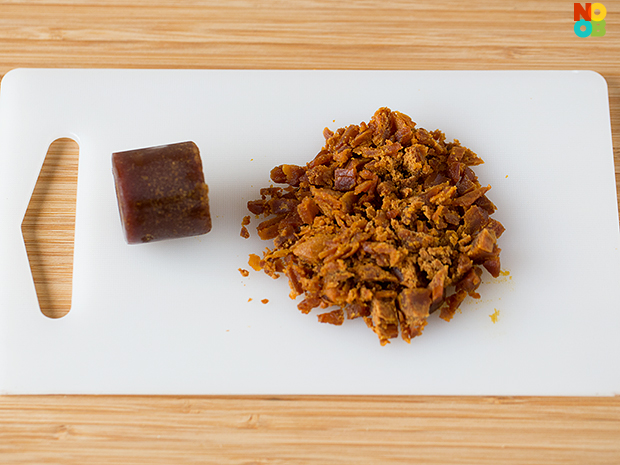 Gula Melaka or palm sugar. They are popularly used in Nonya, Malaysian, Thai and South East Asian cooking (including drinks and desserts).

They are commonly sold in the cylindrical cake blocks as shown above, as the collected sap from coconut palm trees are boiled, thickened and poured into cylindrical bamboo tubes to solidify.  As compared to white sugar, it has a deeper, richer and smokier flavour. 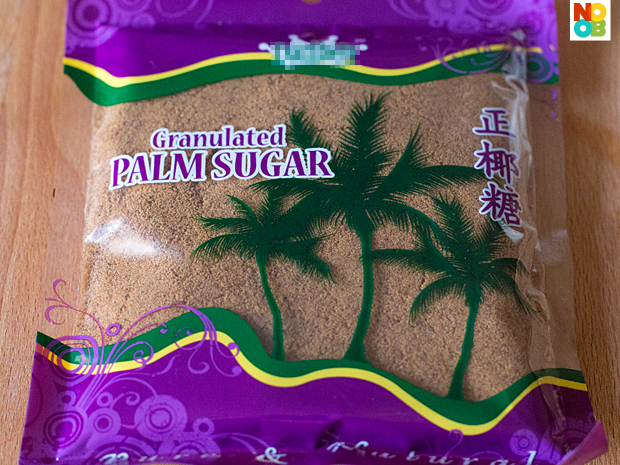 You can also buy gula melaka in the granulated form, which is convenient for use as a sweetener for coffee and tea (replacing regular white sugar). 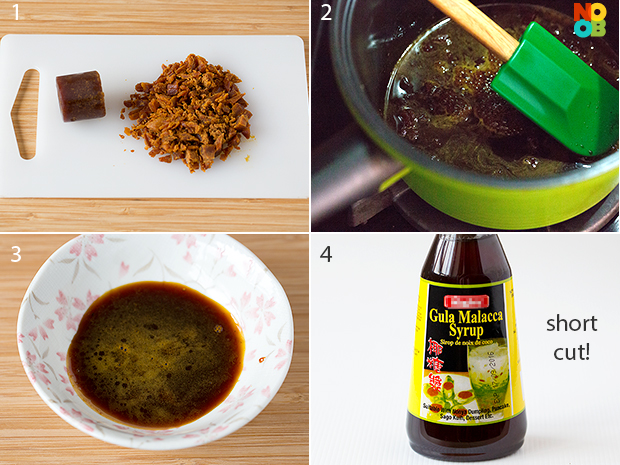 Gula melaka syrup (see recipe) is made by melting the chopped pieces over a low stove heat with small amounts of water until a thick maple syrup consistency is reached (pictured above; 1-3). They are used to flavour many South East Asian drinks and desserts. You can also buy ready-made ones from the supermarkets (pictured 4 above). In Singapore, you can purchase gula melaka from major supermarkets such as NTUC and Sheng Shiong (dried goods section).

Check out recipes tagged with the ingredient “gula melaka” on Noob Cook.