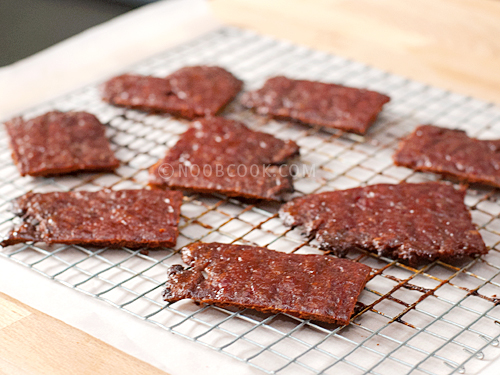 Cooking this Chinese Lunar New Year (CNY)? Here is a round up of 10 favourite Chinese New Year recipes from Noob Cook kitchen. Have fun in the kitchen and Happy Chinese New Year to those celebrating! 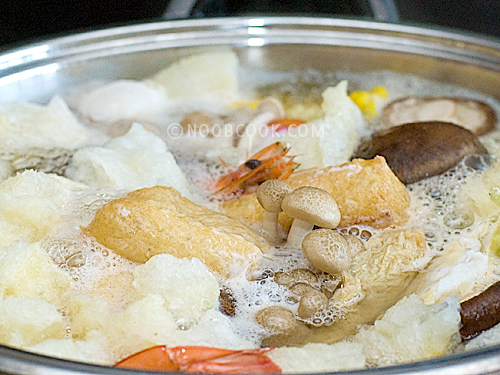 1) Steamboat
Hot pot or “steamboat” is so easy to prepare, anyone can host a fail-proof, yummy meal with steamboat. It is also a great chance to sneak in lots of auspicious food in one seating without having to cook several dishes. 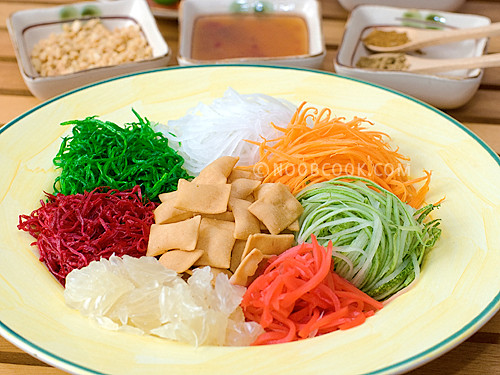 2) Yu Sheng
Eating Yu Sheng during CNY is a cultural activity for Chinese living in Singapore and Malaysia. The name literally means “raw fish” in Chinese but it also sounds like Yúshēng (余升), signifying an increase in abundance, prosperity and good fortune. Chinese New Year feasting is not complete without Lo Hei (prosperity toss). 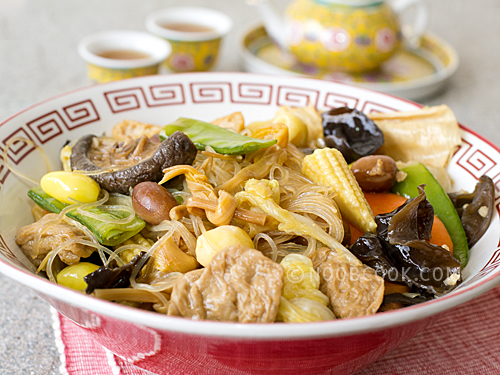 3) Buddha’s Delight (Luo Han Zhai)
There will definitely be lots of meat on the dinner table – so how about an auspicious, lavish and healthy vegetarian dish for a change? 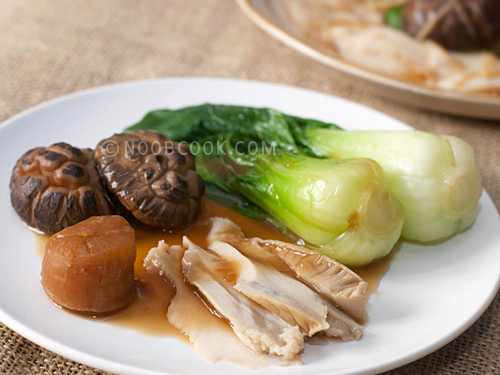 4) Braised Mushrooms and Abalone
If you have a can of abalone, this is a great recipe for dressing up the abalone into something gourmet and restaurant-worthy. Abalone is a symbol of abundance (年年包有余). 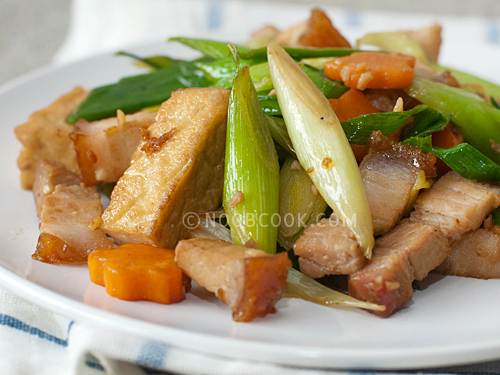 5) Stir-fried Leeks
Leeks are an auspicious food to eat during Chinese New Year because the character “蒜” in its Chinese name (蒜苗/大蒜) sounds like calculating (“算”) in Mandarin. Due to the similar sounds, it is believed that eating leeks is an auspicious symbol of wealth (lots of money to count) in the coming year. 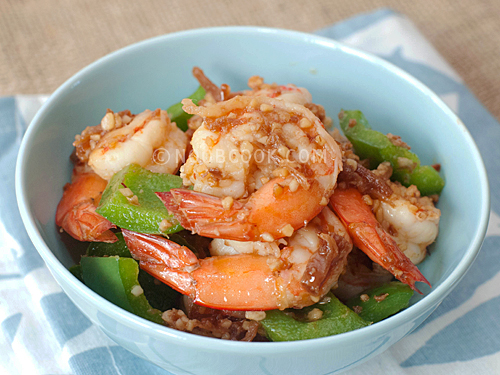 6) Stir-fry Prawns in XO Sauce
The word for prawn sounds like “ha” in Cantonese and some other Chinese dialects, hence symbolizing laughter (笑 “哈哈”) and happiness. You won’t go wrong with an easy stir-fry prawn recipe with luxurious XO Sauce. 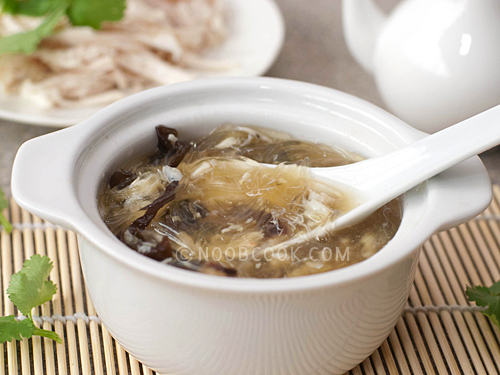 7) Imitation Shark Fin Soup
This year, major supermarkets in Singapore are taking the lead to boycott the sale of shark fin soup. Cook a delicious pot of fake fin soup using imitation shark fin, which is essentially made with gelatin, and at the fraction of the price. 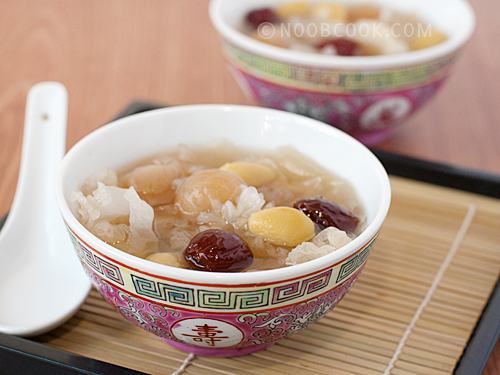 8) Snow Fungus Soup with Longan & Ginkgo
There is no sweeter way to end the meal than with a delightful tong shui to symbolise sweet blessings (甜甜蜜蜜) for the coming year. 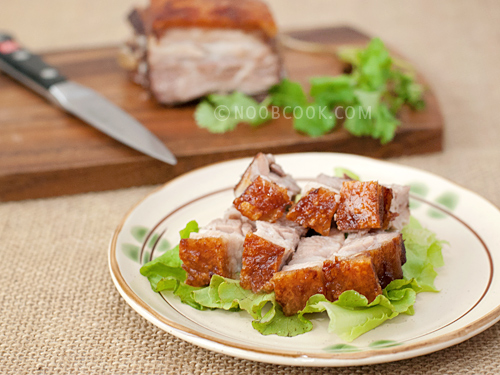 10) Bak Kwa
Save money while impressing your loved ones by making your own home-made bak kwa (Chinese-style bbq pork jerky) – and believe me, it is easier than it looks!

If you are preparing reunion dinner on Chinese New Year eve, here are some traditional food superstitions you may be interested to know: