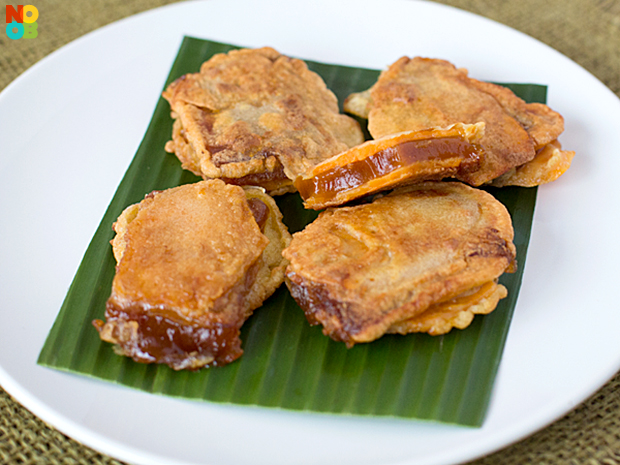 Now that Chinese New Year is officially over, do you have nian gao (年糕/Chinese New Year Cake/tikoy) lying around at home? I know of people who deliberately keep their nian gao until it becomes mouldy as it symbolises “fa” (huat), i.e. striking it rich. But not for me, as I love to eat nian gao and I hate food wastage, so no way am I letting it reach that inedible state. 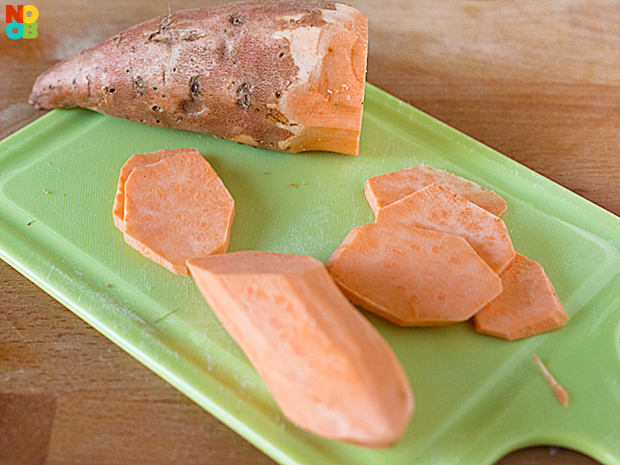 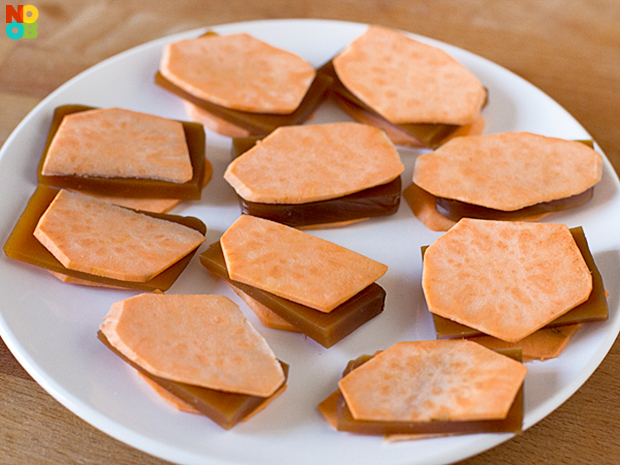 Sandwich each nian gao slice with two sweet potato slices. Tip: For ease of cutting the nian gao, refrigerate it overnight. The hardened nian gao will be much easier to cut than when it is soft and sticky. 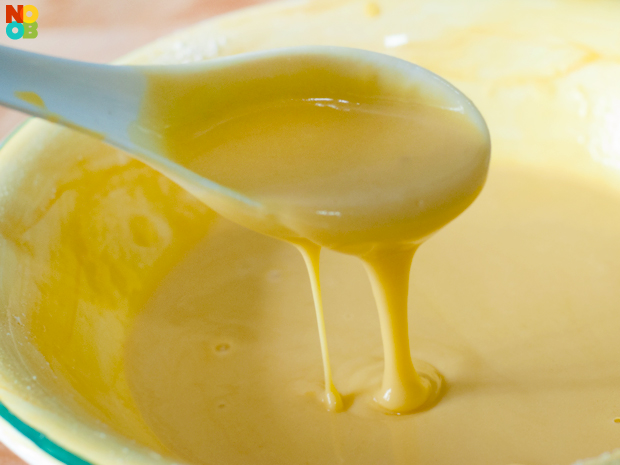 Whisk batter ingredients in a bowl until it reaches a semi-thick and smooth consistency. Dip nian gao sandwich in the egg batter. 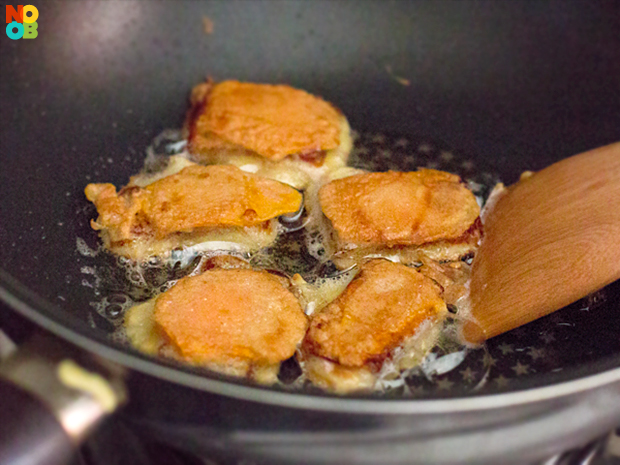 Heat a pan with oil. Pan-fry in batches (add more oil if needed), until lightly browned on both sides. 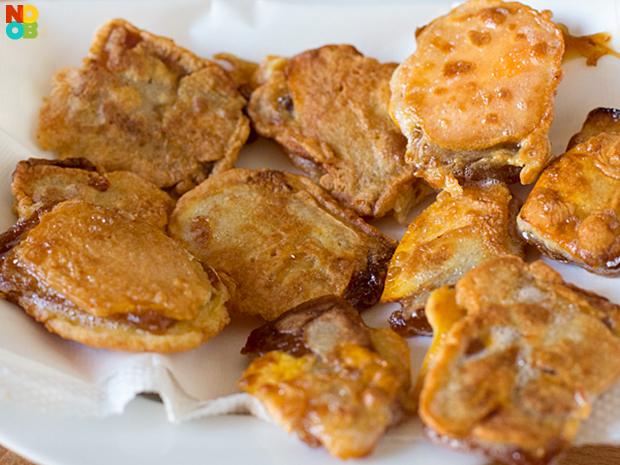