How to Butterfly Lobster Tail 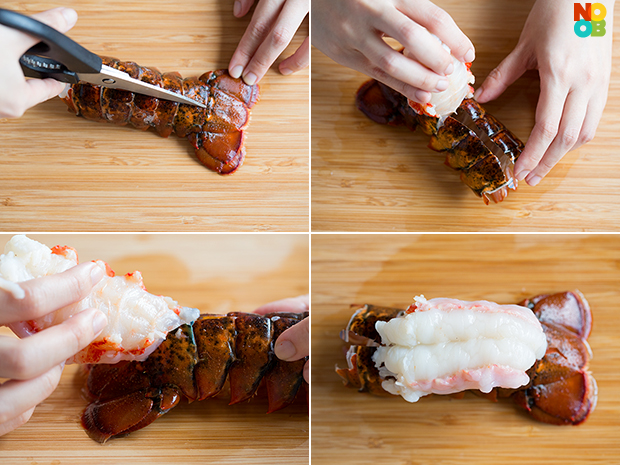 This tutorial shows you how to “butterfly” lobster tail, aka to piggy back the lobster meat on its shell. Not only does the result look aesthetically gourmet, the lobster meat cooks evenly and it is also much easier to eat. 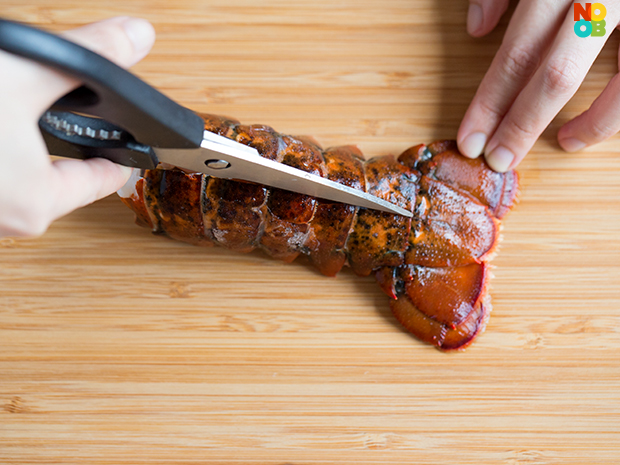 If using frozen lobster tails, thaw them either by transferring from the freezer to the fridge the night before, or place them in a bowl of water. Once thawed, use sharp kitchen scissors to cut through the top center shell lengthwise, leaving the tail fan intact (see above). Be careful not to break the surrounding shell. Some lobster tails, like mine, already comes pre-cut on the back so you get to skip this step, which is the bulk of the work. 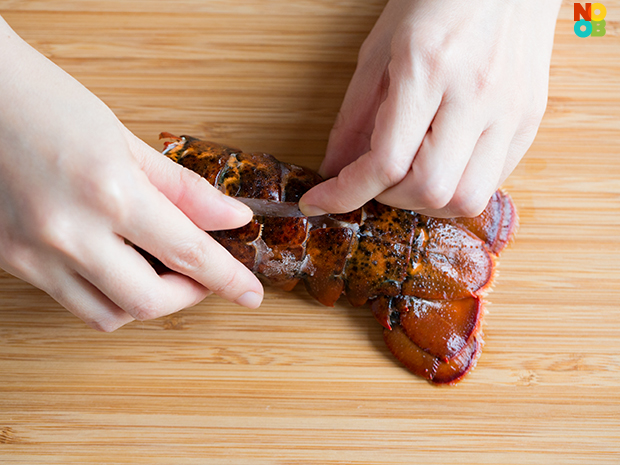 Gently pry open the shells from the cut you just made and loosen the meat within. 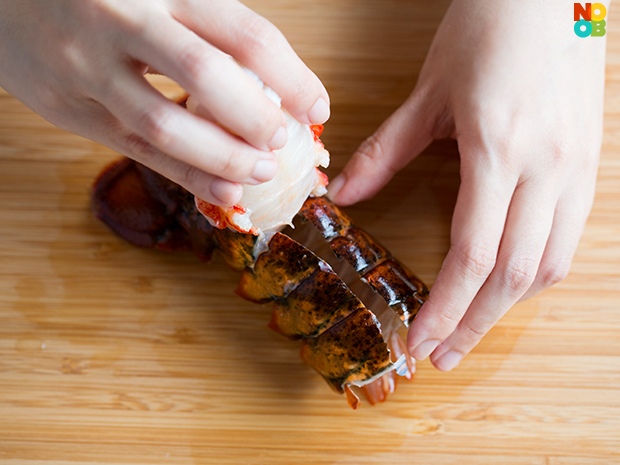 Coax and pull out the lobster flesh from the shell, stopping at the tail fan. 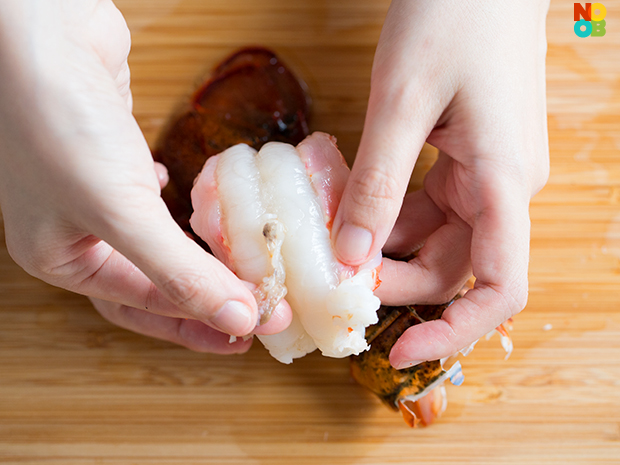 If there are any veins and dirty bits, pull and discard. 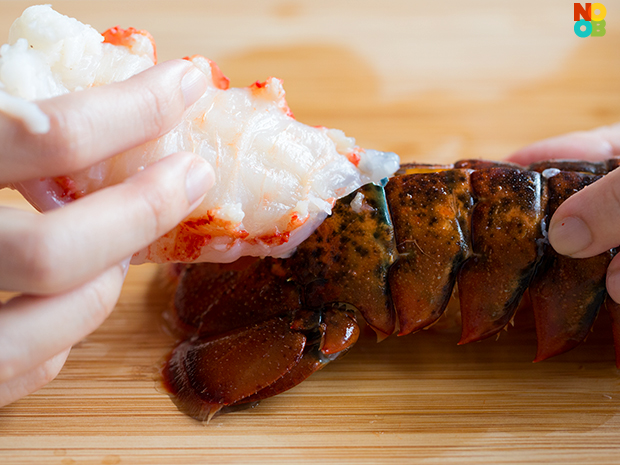 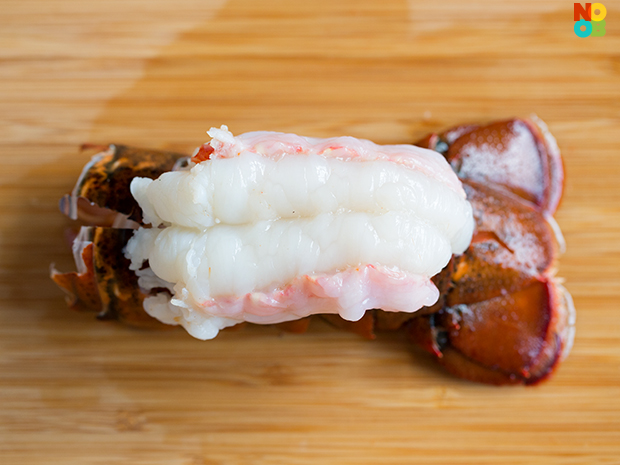 “Butterfly” or “piggy back” the lobster flesh on its shell as shown.

You can also fold back the flesh to its original state as shown above (though it will likely still curl back during cooking).

Your lobster tail is now butterflied, and ready to be dressed and cooked. 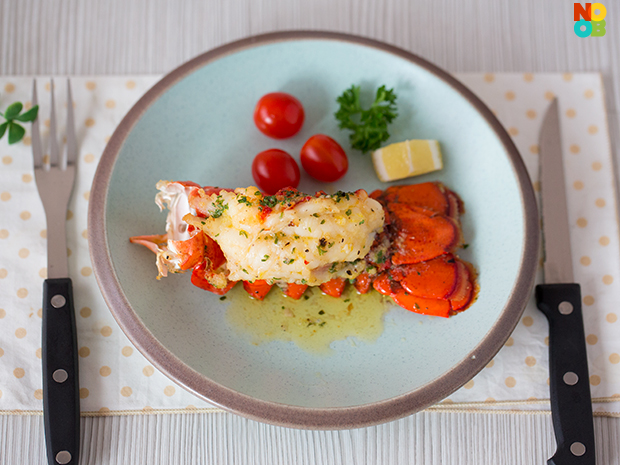