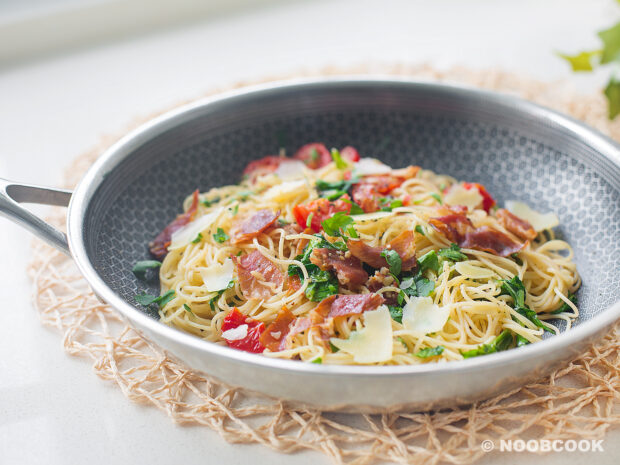 This Parma ham pasta was made with parma ham (prosciutto) crisped up in the pan, along with cherry tomatoes, angel hair and leftover salad veggies. This is a super fast one-dish meal that takes about 15 minutes to make. After crisping a piece of raw parma ham in the pan as an experiment, I realised cooked Parma ham tasted similar to bacon (but minus the preservatives which is a bonus). So this was how this Parma ham pasta came about. 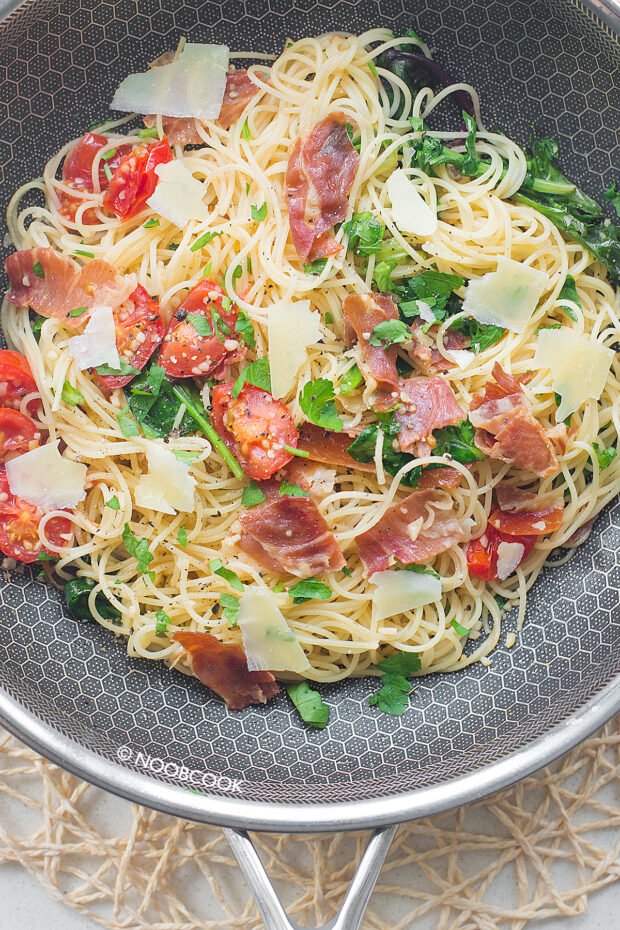 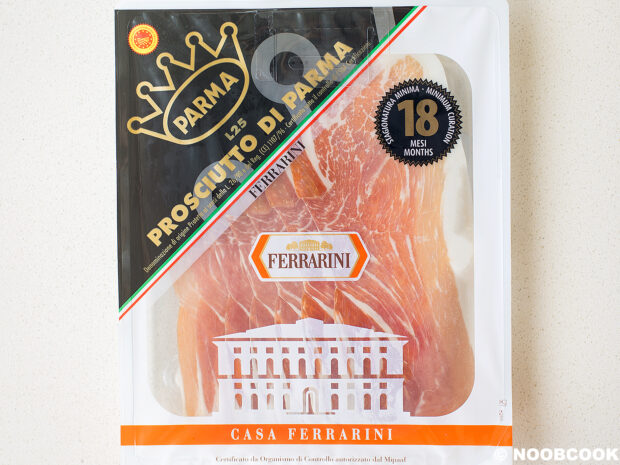 This was my packet of prosciutto di Parma (aka Parma ham). Parma ham can be eaten raw (we had it on a slice of toasted bread) or cooked. In this recipe, I treated the Parma ham like bacon, crisping it up for my pasta. 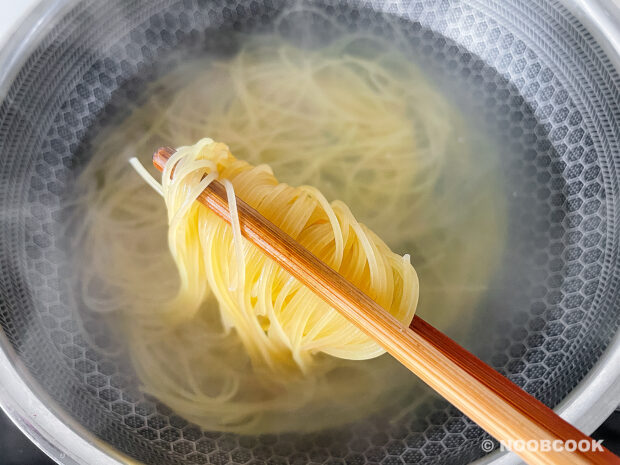 Cook pasta (I used angel hair) in a pot of salted boiling water until al dente. 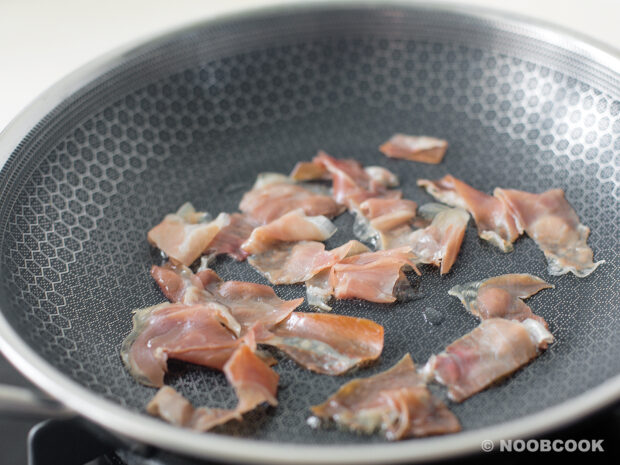 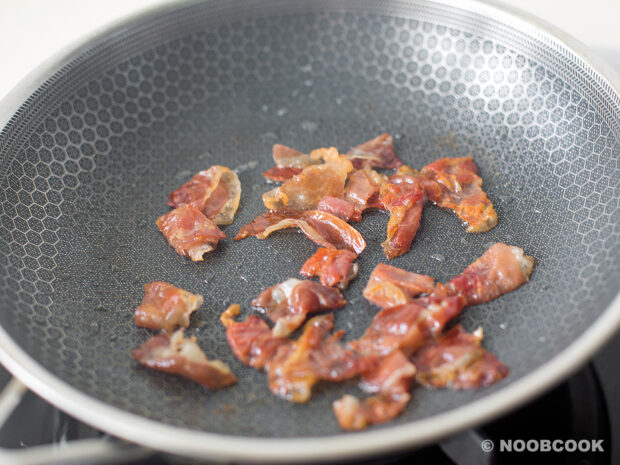 Cut parma ham to smaller pieces, then crisp them up in the pan with some olive oil. Set aside crisped Parma ham on a plate. 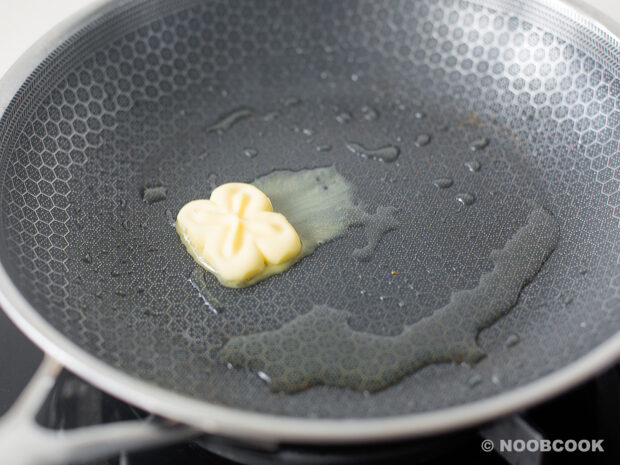 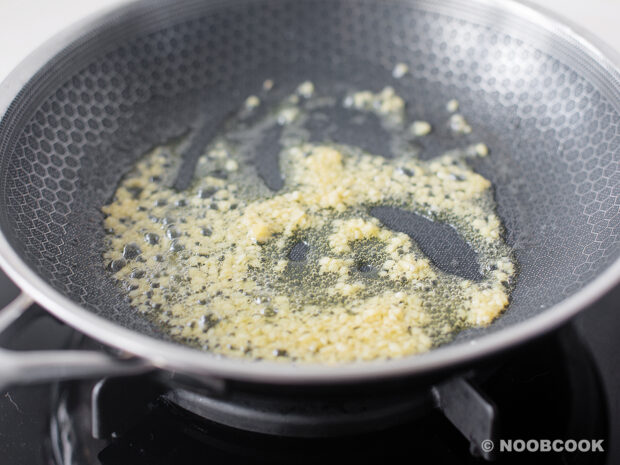 Add butter to the remaining oil in the pan. Fry some minced garlic briskly until fragrant. 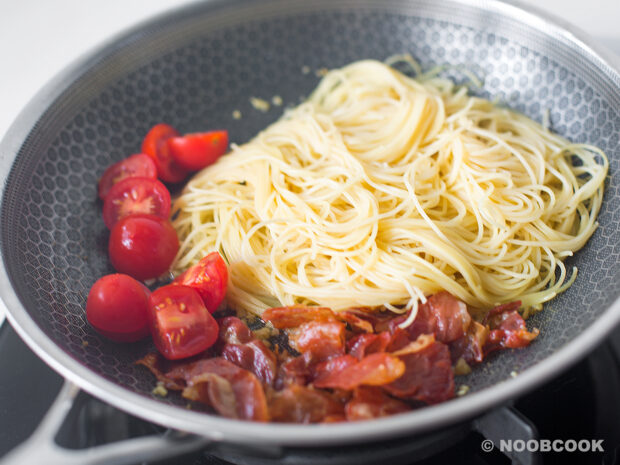 After this, mix the pasta well with chicken stock (for a richer taste) or pasta cooking water to bind the pasta together. 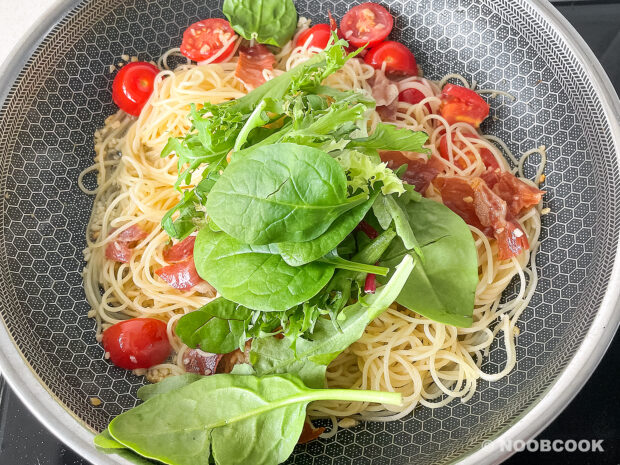 Optional: I had some leftover salad vegetables ( a mix of baby spinach & rocket leaves) so I added them to the pan while the contents are still hot. 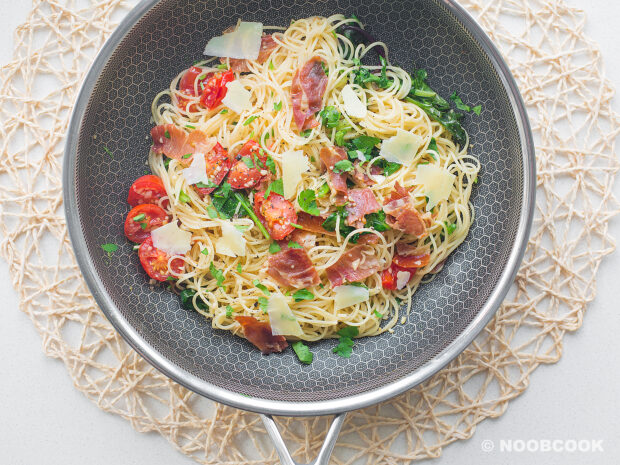 When the salad veggies start to wilt, the pasta is done.  Garnish with black pepper, chopped Italian parsley and parmesan cheese flakes.