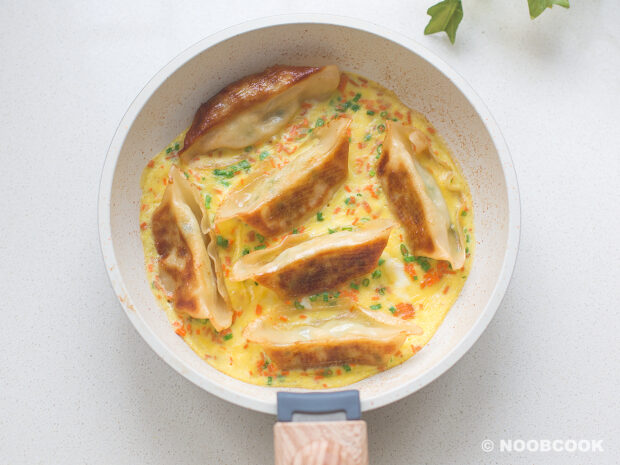 This one-pan gyoza & eggs was made in under 20 minutes. You can eat this on its own as a light meal (as I did), or as a side dish with rice and soup. Check out the step-by-step photos in this post. 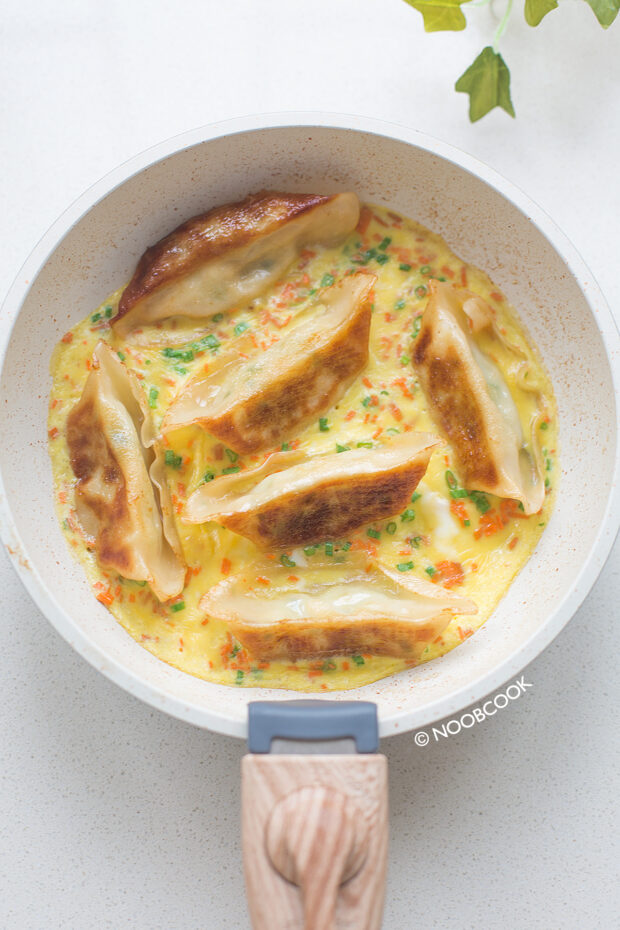 I think the dish looks more pretty served directly in the pan. Well for me, that’s one less plate to wash so I’m happy. And oh, the final look of this dish somehow reminded me of the game Cooking Mama which I used to play on my DS … I can even imagine the steps translated to gameplay, like stirring the eggs in a circular motion using a stylus :P 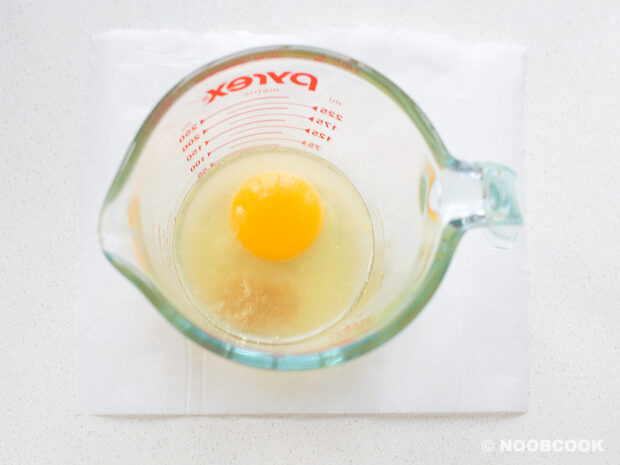 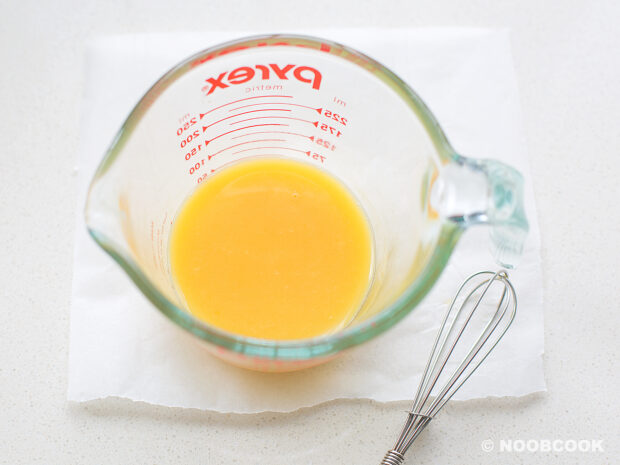 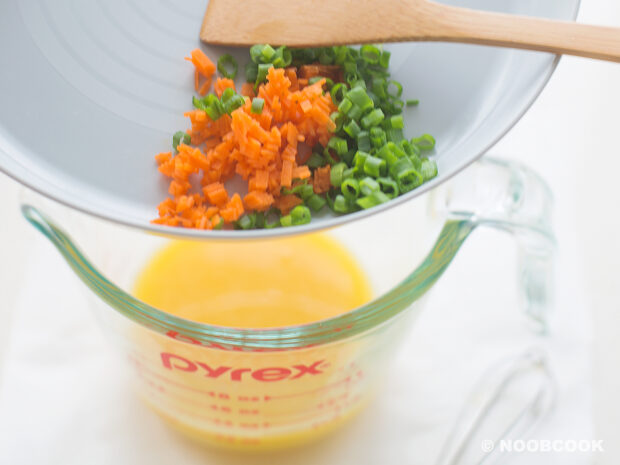 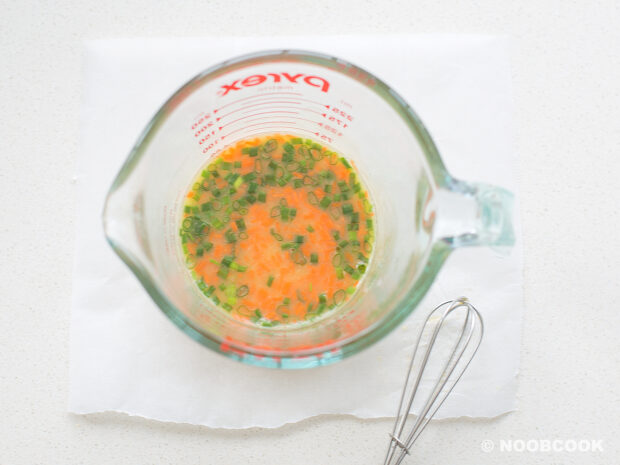 Stir in finely chopped carrot and spring onions. The egg mixture is done! 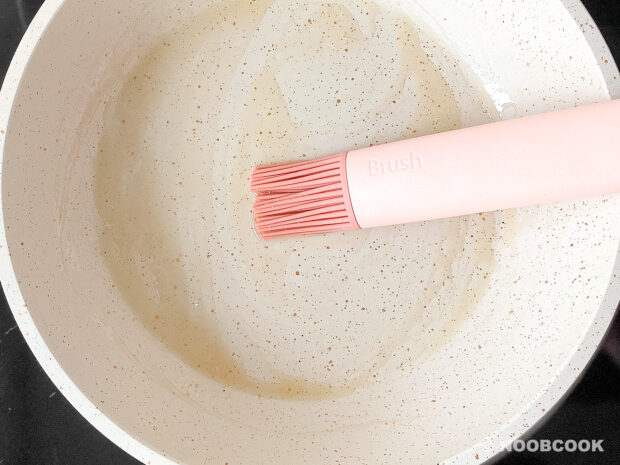 Grease a non-stick pan with sesame oil & olive oil. Set aside the brush, as you need to use it one more time later. 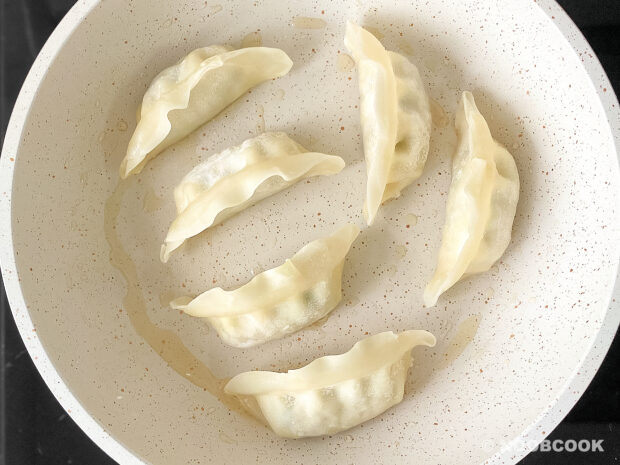 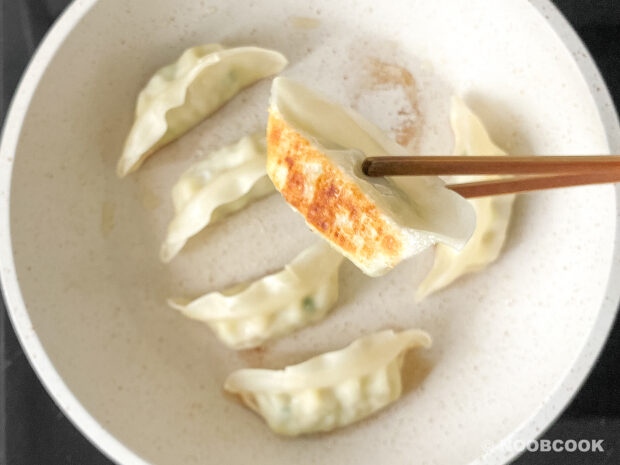 Arrange gyoza in a single layer on their flat bottoms. Cook the gyoza without disturbing them, allowing the bottom to be browned and crisp as shown. 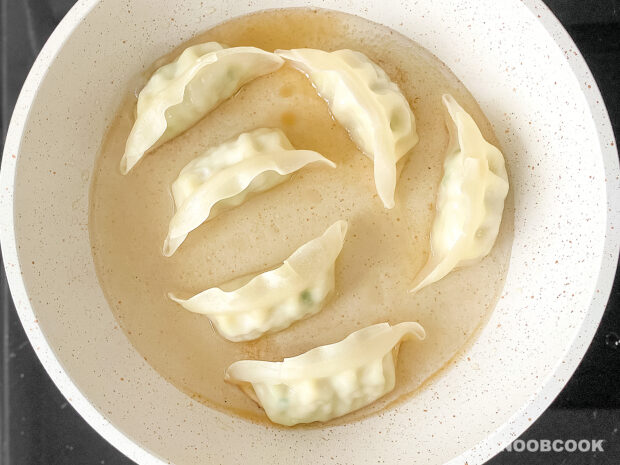 Add water, cover with a lid and steam for 5 minutes, or until almost all the water is evaporated. 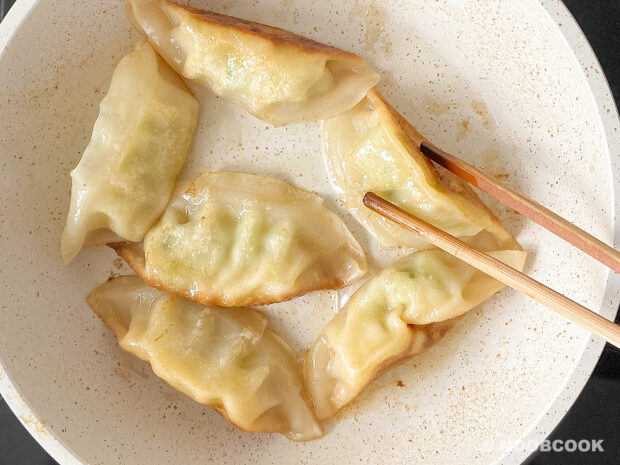 Add another small drizzle of sesame oil around the pan. Cook the gyoza so that the skin is lightly seared all-round. 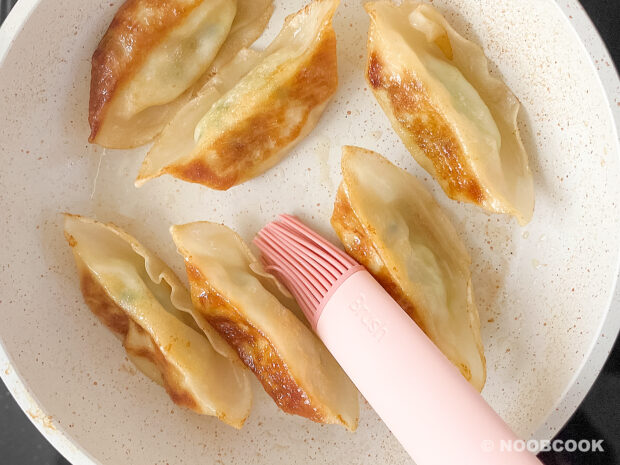 Position the cooked gyoza where you want them to be at the final presentation, with equal spacing between each gyoza. Then re-grease the pan with the earlier brush. 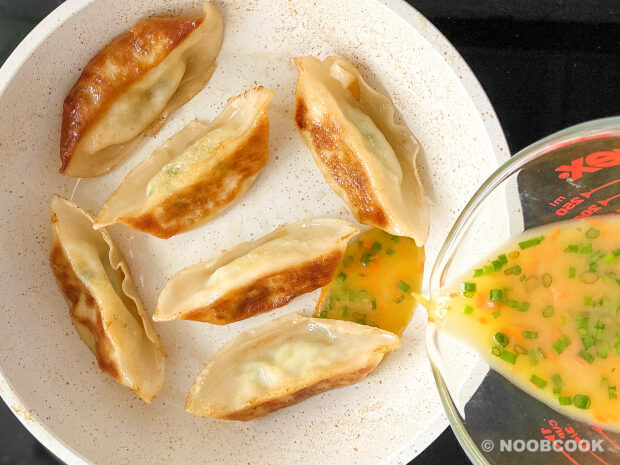 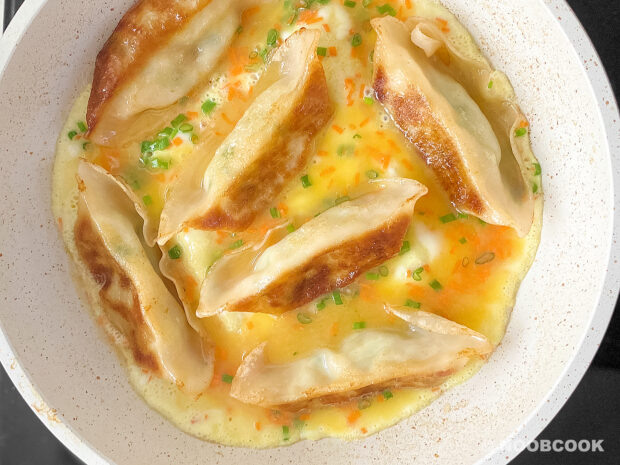 Cook the egg on medium heat (as long as the egg doesn’t form large bubbles while cooking), uncovered, until almost set as shown above. As for the remaining uncooked egg left on the surface, … 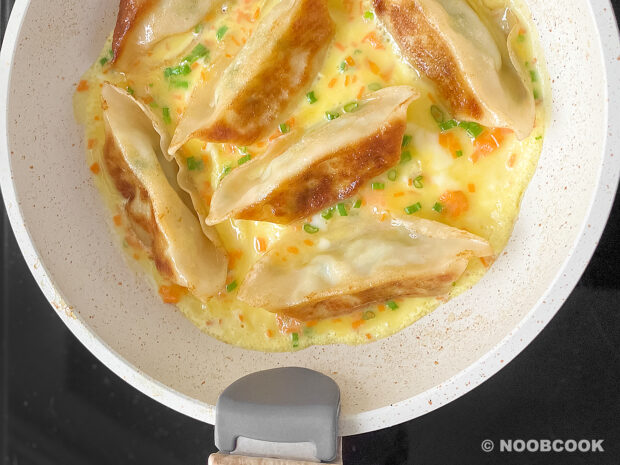 … just tilt the pan so that the uncooked egg can flow to the sides and it will cook in almost no time at all. 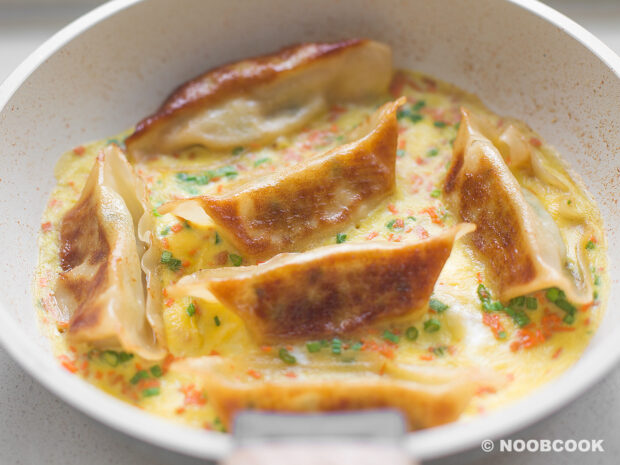 Once the egg is fully set (but still soft and moist), take it off the heat to serve. 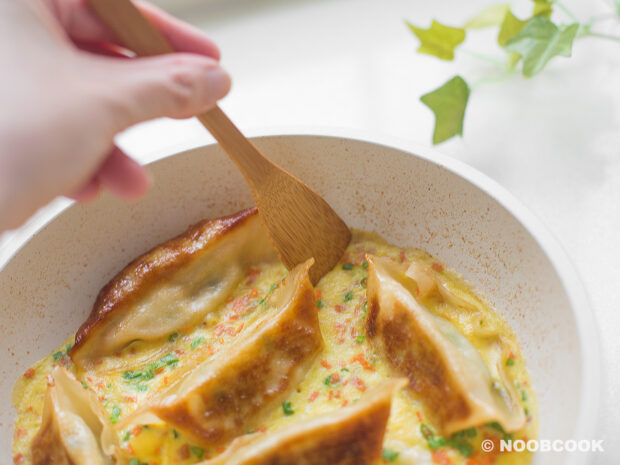 Use a wooden or silicon flat spoon (so that you won’t scratch the pan) to cut out a piece of egg surrounding each gyoza. 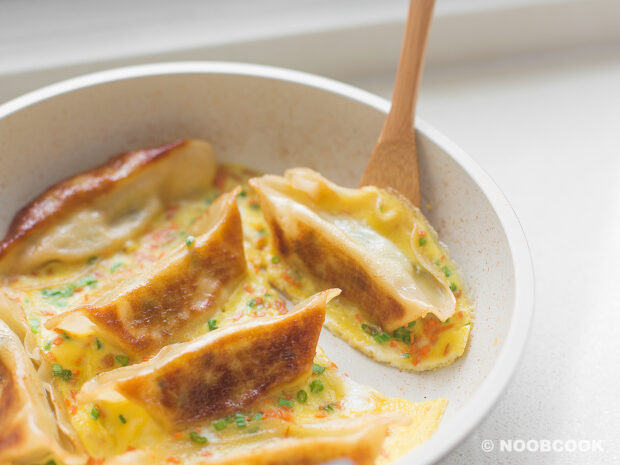 If you don’t want to eat from the pan, you can also serve each piece of gyoza-egg on a plate.

Leave a Reply to B Cancel reply