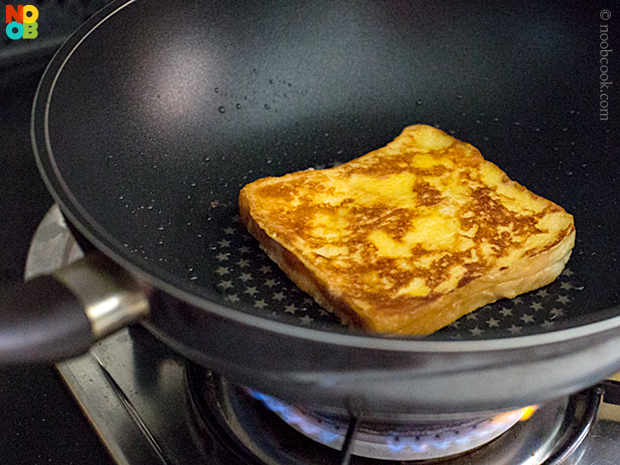 Though I’m not a bread person, an exception is made for French Toast (also known as “eggy bread“), which is basically pan-fried bread slices dipped in a beaten egg mixture. I recall French Toast as the only western dish which my mum cooked for us in my childhood. This recipe though, is not my mum’s but from my secondary school’s Home Economics class.

I think my Home Econs teacher will be proud if she knew that after more than a decade after graduating, her student still remembered her recipe vividly! This is an easy and minimalist method for French Toast with only a few key ingredients, all of which are kitchen pantry staples (egg, bread, sugar, oil, milk). It is common to serve French Toast with maple syrup and some berries or fruits on the side; though personally, I enjoy French Toast the most when eating it on its own.