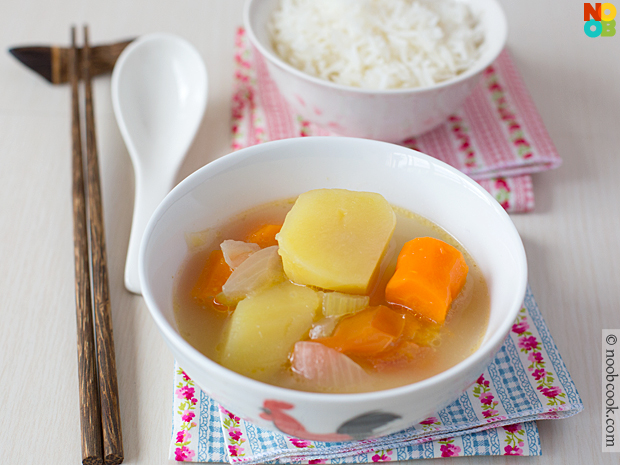 This Chinese pork ribs soup with vegetables (potatoes, carrots, onions, celery) is commonly known as “ABC soup” or “luo song tang” 罗宋汤 here. I think every family who cooks Chinese soups in Singapore (and Malaysia) cook some form of ABC soup if you see potatoes, carrots, corn etc in their pot. You know the combination of ingredients is perfect when 10 minutes into simmering, the entire kitchen is filled with a wonderful soup aroma. 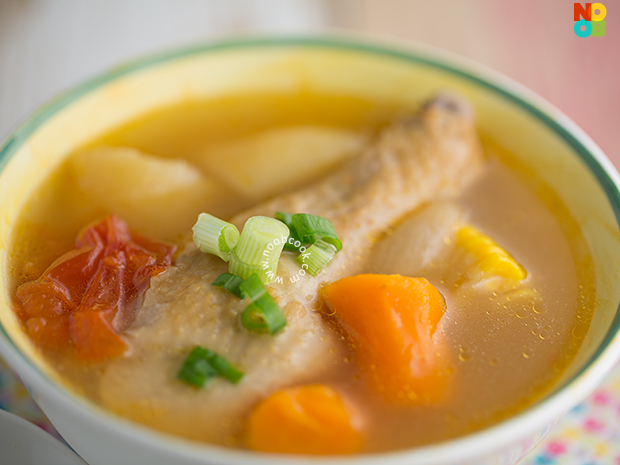 I always wonder why it is called ABC soup since there are no pasta letters in it, and the main ingredients (typically potatoes and carrots) do not form the letters A, B and C. Check out the following fun compilation of readers’ comments which explain the origins of the soup name.

Possible reasons for the name “ABC Soup” from readers’ comments, thanks for sharing!